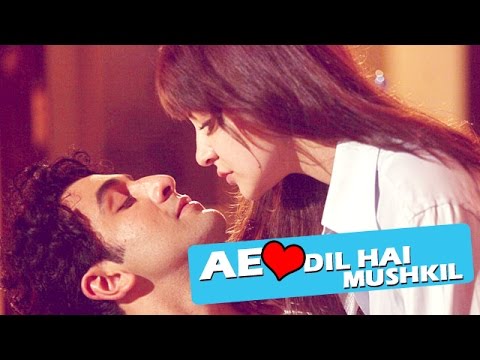 Love is in the air for Ranbir Kapoor and Anushka Sharma. Yes! Get ready for some romance. These two actors are shooting for a romantic rain sequence for Karan Johar’s upcoming film Ae dil hai mushkil. The picture of the set where the song will be filmed is being circulated all over the social media. This film is directed by Karan Johar and let us remind you that this would be the third movie for Ranbir and Anushka together, the other two being PK and Bombay Velvet. However in PK, Anushka had no such scene with Ranbir. The upcoming film also stars Aishwarya Rai Bachchan, Fawad Khan and Lisa Haydon. It has been shot in London. The film is set to release on October 28, 2016 along with Ajay Devgn’s Shivaay. We are all very excited about this movie and our expectations are sky high considering the fact that it is a Dharma Productions’ film with a romantic script, and also not to forget the amazing star cast.