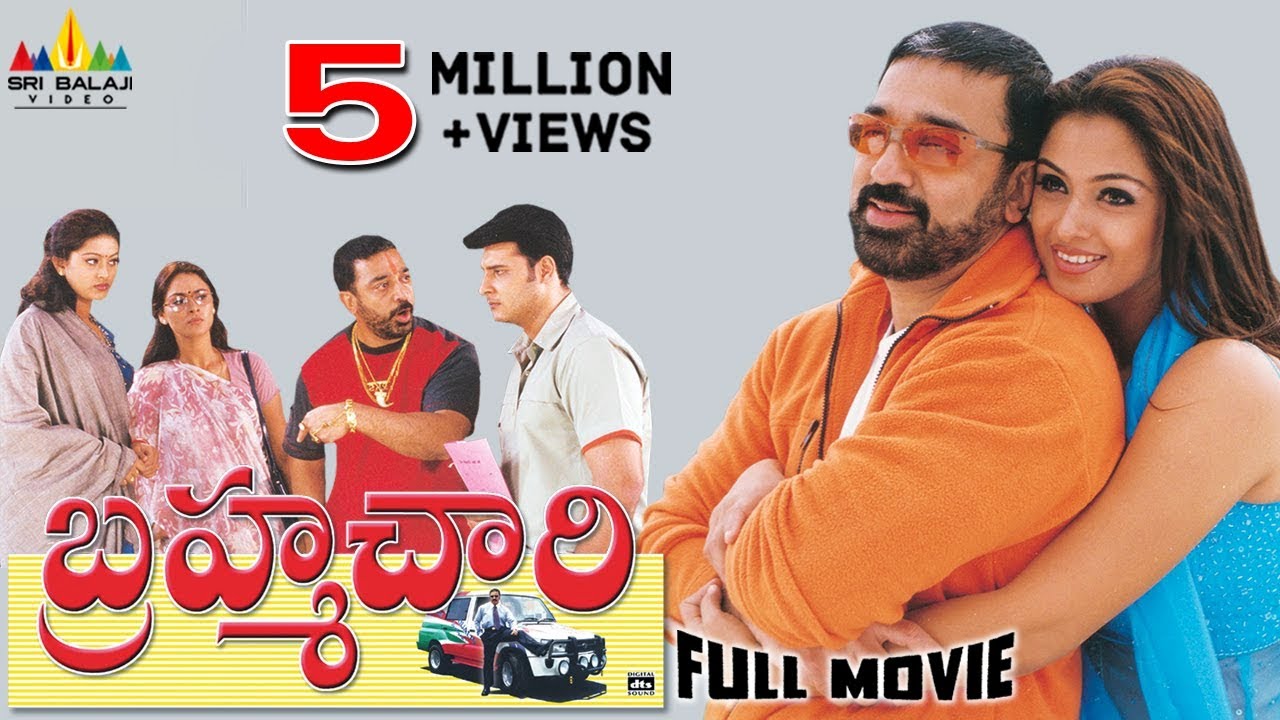 The story, the team and everything about this movie kept nothing but comedy in mind and have delivered what they promised — a rip roaring comedy. Kamal essays the role of a professional stuntman, who religiously believes in remaining bachelor and Simran palys a self sufficient, feministic, men-hating doctor. They are invariably forced to bump into each other by their mutual friends Abbas and Sneha. Both help Abbas and Sneha to elope and get married. But finally Abbas misses his opportunity to go to Australia. So he finds his wife Sneha leaving him, in charge of the household chores. A frustrated Abbas goes to his friend Kamal for help to get back his upper hand over his wife. While Simran counsels Sneha not to submit to the authority of her husband. As both Sneha and Abbas are being brainwashed by their respective friends, it leads to a string of comic incidents.In one such event, Kamal who is a stunt master meets with an accident during a shooting scene. Simran being a doctor operates on Kamal, but commits the blunder of sewing her watch inside Kamal during the operation. With her profession and reputation at stake, she finds it difficult to pin Kamal down to the operation table and re-operate him. So she decides to play as the love-struck damsel and finally fetches the watch back out of Kamal. But Kamal who by now is smitten by Simran, is completely shattered when he learns about the truth. So he finally agrees to marry the girl his parents have arranged even as Simran is reflecting on her feelings for Kamal. Kamal excels in his role –as always. But Simran proves with her performance that she has more to offer than just being a glamorous heroine and deserves a definite applause. With this kind of a setting there is enough room for Mouli the director and script writer Crazy Mohan to set the ball rolling so fast that you have to be quick to assimilate all humor between the lines too.